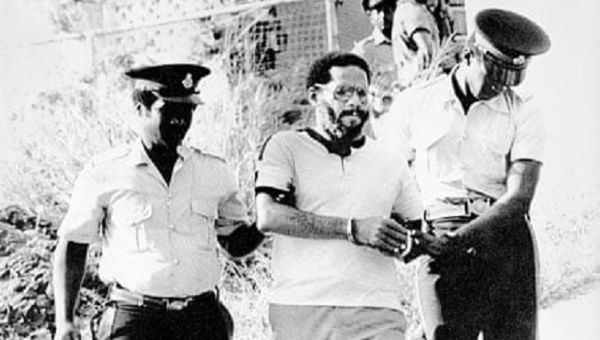 The story that the world has been told of the events leading up to the collapse of the Grenada Revolution is quite simple. The hard-liners of the New Jewel Movement, led by Bernard Coard took action to seize power from the moderate and reasonable Maurice Bishop, leading to the latters execution. The real story is different from that of  the United States inspired narrative.

Earl Bosquet outlines the falsity of this story and presents a more accurate and nuanced version of these tragic events.

Coard and Maurice Bishop first met in 1957, both aged 12 and grew up to be two young friends and politicians whose party, the New Jewel Movement (NJM) would 22 years later lead the country’s Revolution.

Love him or hate him, if you believe in ‘Giving Jack his jacket’, there’s one thing you have to hand to Grenada’s Bernard Coard: he has no time for wasting time.

Here’s the guy who was the veritable ideological and intellectual author of the Revolution, who started charting its early course even before returning to Grenada in the early 70s from England, where he penned a book outlining how the British education system deliberately ‘under-educated’ West Indian and other minority children… read the full article…